15OFF on certain product code:summer15

With the new concept Omni-Directional HDTV antenna, your life just became easier. The New LAVA OmniPro series antenna is a new solution for HDTV reception. One position and gets the signal from all directions. 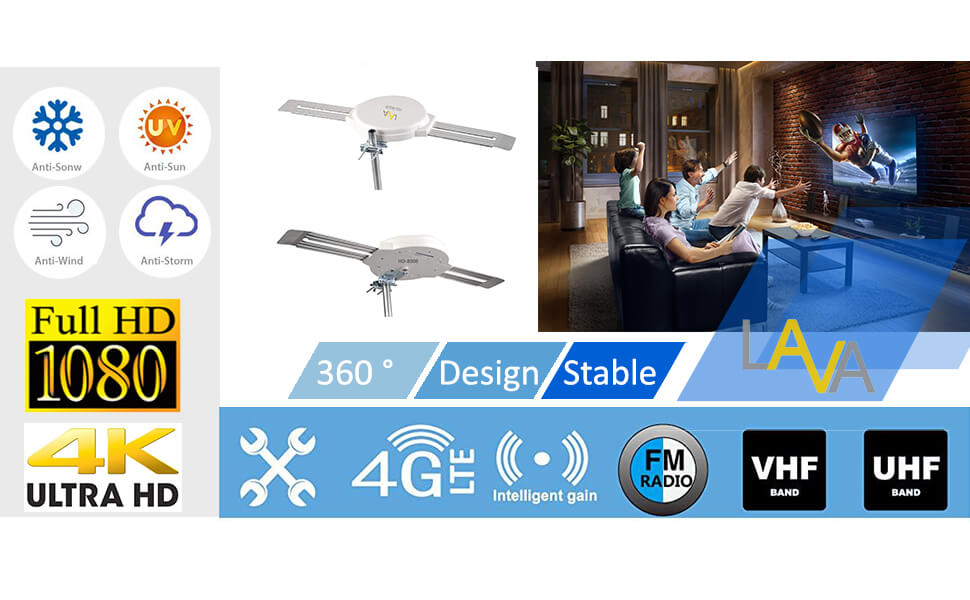 An omnidirectional TV antenna receives information from all directions. Other types of antennas, like the unidirectional antenna, can only receive signals when pointed at the source. Previously, people had to install rotors on antennas to change the direction of the antenna in order to get the best signal strength. An omnidirectional antenna is different. It can pick up signals from all directions, regardless of the source’s position, without having to move or adjust the device. Not only are signals stronger and the picture quality better, but the user does not need to constantly change the direction of the antenna when he or she changes channels. 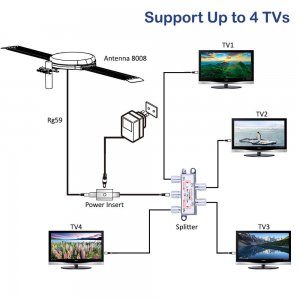 Cut The Cord And Save

All Directions At Once

This outdoor TV antenna is rapidly taking over the market and becoming the top-performing antenna in America. It is 100% omnidirectional and receives signals in all directions at the same time. North, East, South or West, all signals come in perfectly without any pointing or tuning required. Our motto for the LAVA OmniPro antenna is “set it and forget it.” It installs quickly and never needs adjusting.

Antenna Quick Solution We understand antenna can be tricky sometimes. Posts below may help you. Please don’t hesitate to contact us if you have any further questions.

Why Do I Need an Antenna?

Why Should I Choose Home Antenna?

What Types of Antenna Should I Choose?

What is the Difference between Omni & Rotation Antenna?

How to Install an Antenna?

How to Improve Antenna Reception?